The Elko County Fair is an annual event put on by a group of dedicated volunteers, hard-working competitors and generous businesses and individuals who help sponsor the event. The entire event is managed by a citizen board of directors, who are appointed by the Elko County Commissioners. The Board is key to the success of the Fair as they are responsible for the event itself, and for year-round operations of the historic 40-acre Fairgrounds where the Fair is held. The Board is also supported by two year-round staff members, as well as a team of temporary staff brought on for the month of the Fair. The Fair is extremely popular among the Nevada community, drawing approximately 20,000 people annually while other events held at the Fairgrounds draw another 20,000 people over the course of the year. 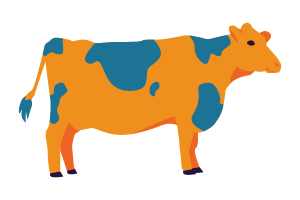 The Elko County Agricultural District #4 was established by the Nevada Legislature early in the 20th century, with the first Elko County Fair being held September 16-18, 1920. The goal of the Fair and of the agricultural district was to promote agriculture and the local economy by production of an annual fair or exposition which highlights local products and industries.

For the first seven years of the Fair, the Fair Board struggled to find a permanent site for the event. The Fair was hosted at the Garcia Rodeo Grounds on the east edge of Elko and even once in Wells. During that time, the Fair was cancelled twice, once due to an outbreak of hoof-and-mouth disease, and once to save money for the construction of permanent facilities. That conservatism paid off, as the City of Elko acquired part of the old China Ranch in 1927, and the Fair was first held later that year at its current site. The Fair Board invested $34,000 in 1927 and 1928 to develop the facility – approximately $450,000 in today’s money – and has continued to expand the facility and produce the Fair every year in the 100 years since.

These days, the Fair Board works to balance the historical nature of the event with the growing and changing population of Elko County. The Fair remains, at its core, an agricultural celebration, but now features a wide variety of attractions for modern families. The Fair will celebrate its centennial year, this year, in 2020.

Thanks to historian Jan Petersen for researching the history of the Fair.

BOARD MEMBERS AND FAIR STAFF

Members of the Fair Board Include:

Minutes and agendas from Fair Board Meetings

Volunteering at the Fair

There are several local non-profit organizations and student groups that raise money by volunteering at the Fair. They include:

We also have dozens of individuals who give their time to volunteer, some of which have been volunteering for more than two decades. We offer a variety of volunteer opportunities for people interested in giving their time to the Fair, and would love to talk with you about joining us!

Thank you for your interest in attend the Elko County Fair. Tickets and Schedule haven’t been released yet, please check back at a later date. In the meantime why not check out one of these pages instead: