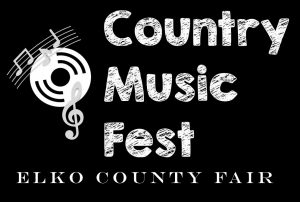 to kick off the 100th Anniversary of the Elko County Fair

TICKETS WILL BE AVAILABLE FOR PURCHASE ON JUNE 15TH

2016 ACM “New Vocal Duo/Group of the Year” nominee Parmalee is one of country music’s most successful acts: the Platinum-selling band of brothers is one of only four groups since 2001 to earn three consecutive Top 10 singles from a debut country album. Since their debut at country radio, Parmalee has earned over 427 million Pandora streams, 253 million on-demand streams, and over 58 million YouTube views. Heralded as “Country Music’s Breakout Stars” by MSN entertainment, Parmalee has supported Brad Paisley and Jake Own on national tours while finding time to perform on NBC’s TODAY show, The Queen Latifah Show, and more. Comprised of brothers Matt and Scott Thomas (lead vocals/guitar and drums, respectively), cousin Barry Knox (bass), and life-long friend Josh McSwain, the North Carolina natives recently went No. 1 with their PLATINUM-certified single (featuring label mate Blanco brown) “Just the Way”. With more than 160 million streams in the US alone and an unexpected uptick in support from the pop genre, Parmalee released a new version of the “feel-good danceable” (The Boot) hit, once again featuring Blanco Brown and adding on pop/hip-hop maverick Byrce Vine. Offering a message of self-acceptance and praise to those that are true to themselves, the new rendition – co-produced by Andrew Goldstein and David Fanning – will ship to pop radio April 12. For more information, visit www.parmalee.com.

Noted as one of Nashville’s most popular independent artists on the rise, Cort Carpenter has been making a name for himself and selling out shows around the country. Cort was named ‘Male Entertainer of the Year” at the 2017 Josie Music Awards and was again a nominee in 18’ & 19’ & 20’. Although unsigned, he has worked his way on to the main stage of some of the country’s biggest music festivals, and this year was featured at Live Nation’s Watershed on the ‘Next from Nashville’ stage. Cort continues to break down barriers as an indie artist and is gaining the attention of industry folks around Music City. In 2019, he self-released three radio singles (Ex ‘Em, Electricity, Dollar Store) as well as a collaboration (Safe Zone), with world renown country DJ, Dee Jay Silver. All singles have had some success at country radio this year, and currently, Cort’s last single (Dollar Store), which quickly moved up the Music Row charts here in Nashville. In 2020 Cort released his incredible single (One Thing) which is a ballad that has been streaming and catching on around the world, especially with weddings. In 2021, Cort has just released a new fan favorite titled “Small Towners”, which has some powerful songwriters behind it.

Thank you for your interest in attend the Elko County Fair. Tickets and Schedule haven’t been released yet, please check back at a later date. In the meantime why not check out one of these pages instead: